Use this bitter with meats with rich dark sauces. As well as with sweets such as pecan pie, ice-creams, and as an extract in baked goods. 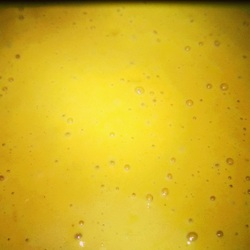 Used to top the Cook Me Somethin' Mister Jambalaya being made at Tales of the Toddy 2014 put on by Tales of the Cocktail.

Add all ingredients to a blender and puree until smooth. Perfect to top Jambalaya rice; as a dip for fried goodies or fresh vegetables; drizzled over grilled meats or fish; or used as a salad dressing. 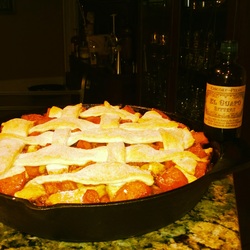 Preheat oven to 375°F. Peel and cut sweet potatoes into 1/4" slices. Add all "filling" ingredients in to a 12" cast iron skillet and simmer until the sweet potatoes can be easily pierced with a knife. Remove the sweet potatoes with a slotted spoon and continue cooking the syrup until it is reduced by half. Then remove from heat and pour syrup into a separate bowl. No need to wash the skillet.

Pour into a lightly floured surface and press into a ball. Divide the ball into 2 equal pieces. Quarter one of the 2 balls.  Now roll the 2 small sections until about 1/8"-1/4" thick. Cut into small dumpling sized pieces. Roll out the larger ball in a disk  1/8"-1/4" thick and cut into strips 1" wide. Put about 1/3 of the sweet potatoes in the bottom of the skillet and top with the little dumpling from 1 of the small balls. Add another 1/3 layer of the sweet potatoes and again top with the little dumplings from the other small ball. Add the remaining sweet potatoes and top with the syrup. Lay the strips from the larger ball on top to make a lattice pattern.

Bake 45 minutes and then brush the lattice with about 1 tbsp melted butter and sprinkle with white sugar. Bake an additional 15 minutes until golden brown. 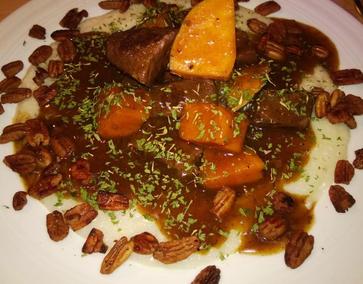 In a dutch oven over med-high heat, add the olive oil and the cubed meat sprinkled with a little salt & pepper on all sides. Add in onion and cook until soft and lightly caramelized. To that add 1/2 cup rum, bitters, water, and garlic. Cook on low heat for several hours until the meat is tender. Add the sweet potato and cook until softened (about 1 hour more on low heat). In a small bowl, combine the remaining 1/4 cup rum with the corn starch and stir into the stew. Bring to a light boil to thicken. Add salt and pepper to taste. Serve over grits or rice. Sprinkle with the chopped herbs and top with the Cajun Spiced Pecans if desired.

Add all ingredients except salt and pepper to a non-stick pan.
Place over medium heat and stir until the liquid has evaporated.
Continue stirring and toast the pecans until they are browned and toasted.
Remove from heat and toss with salt and pepper.

Enjoy as a snack or use as a topping for savory recipes. 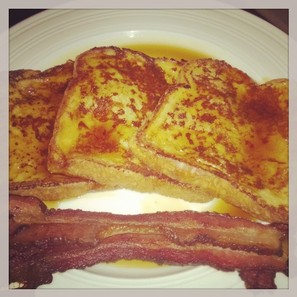 Whisk the eggs, milk, bitters, salt and sugar together. Soak toasted bread slices in the mixture and allow to set, then  sprinkle a little sugar on each slice. Add a little of the butter to a pan on medium heat, and add more as needed. Cook a couple of slices at a time until golden brown on each side. Serve with warm butter if desired and warm Chicory-Pecan bitters spiked maple syrup. 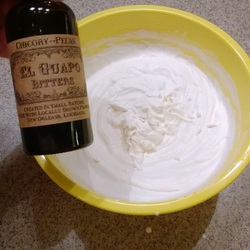 Using a whisk or an electric hand mixer, whip all the ingredients together until the consistency is reached. 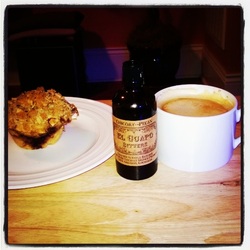 A new twist for your favorite baked goods!
Try substituting vanilla extract with our Chicory-Pecan Bitters.
We tried it with a simple blueberry & oatmeal muffin recipe - the result was fantastic!